Transcreation vs. Translation – What is the Difference? 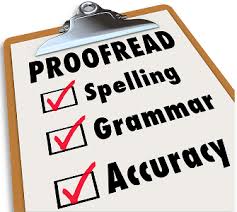 A translator must take on a translation assignment with a clear mind, being careful to avoid judgments or thoughts of how to make the text better. Experienced translators never give in to the temptation of trying to make his or her translation better than the original. The best translators are the best because of his or her invisibility: contributing nothing new to the translated material and never distorting the original text’s meaning.

A translator should not make any changes at all to the text he or she is translating, not only because that would be distorting its meaning, but also because he or she doesn’t have the rights to do so. The content of every document submitted for translation is owned by somebody else. Since translators deal with material that does not belong to him or her, the translation process demands a high degree of respect. There is a moral responsibility to translate the text with absolutely the same content – not better and not worse. Simply put, translators translate.

Helpful Traits of a Translator

Being a perfectionist is a trait that good translators consistently have. It is helpful to be obsessive enough to make a translation perfect and compulsive enough to make it do this consistently. Paying close attention to details and having the ability to concentrate for long periods of time are helpful traits as well. The tiniest or most trivial details in the original work should not be overlooked nor set aside. Everything should be translated even if you think the omission will not change the message of the original material.

Be Thorough Enough to Check Your Work

By comparing the original text to the translation, a thorough translator ensures that his or her translation is complete. This includes working sentence by sentence or phrase by phrase, whichever is easier or more realistic for the languages being dealt with.

Retranslation is a common way to proofread. This involves retranslating the text and comparing the two translations. Retranslation is very useful for tricky spots and can help achieve better fluency in both languages, but it is not a realistic proofreading strategy for translation assignments that are last minute.

If there is no time for a retranslation, the newly translated document must, at minimum, be read through for spelling and grammatical errors. However, in additional to reading through it oneself, also recruit some help. A second set of eyes can spot mistakes that yours miss.

How to Become a Good Translator was last modified: October 5th, 2020 by admin